McPhillips Toyota | Blog | Hatchback vs. Sedan: Finding The Right Corolla For You

Hatchback vs. Sedan: Finding The Right Corolla For You

When you’re looking for a compact car, an important decision will be choosing between a hatchback or a sedan. The all new 2019 Corolla now offers both.

The essential difference between hatchbacks and sedans is the trunk. Generally, a sedan’s cargo space is a separate compartment. Hatchbacks instead have no divide between the rear seats and cargo space allowing for ample storage.

But deciding to drive a hatchback or a sedan doesn’t start with the vehicle’s features, it begins with your needs. Think carefully about your routines and hobbies; where you drive, who you spend the most time with, and what gear you need to move around.

Here are the key differences between a hatchback and a sedan. Based on your needs these factors could be the key to making the smarter choice. 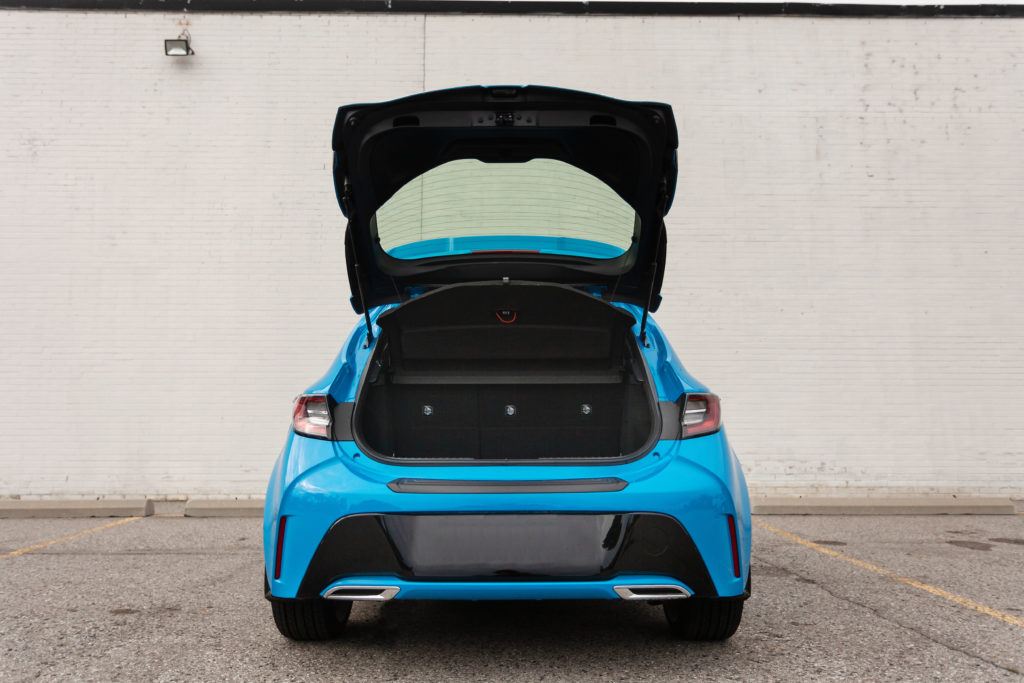 Greater cargo capacity is the defining feature of hatchbacks, as their shape allows you to fit a lot more in the trunk.

In the case of the 2019 Toyota Corolla vs. the Toyota Corolla Hatchback, the cargo capacity available is 369 litres and 503 litres respectively. If you’re looking to use that extra space, a hatchback is probably the way to go.

2019 Toyota Corolla Hatchback in Blue Flame
The open nature of a hatchback trunk isn’t an issue when compared to the enclosed trunk of a sedan – even though sedans like the Corolla still come with 60/40 rear folding seats.

While trunk space will be one of the biggest differences you need to think about when choosing between a hatchback and sedan. The unique shapes of the vehicles do lead to other differences to keep in mind when making your decision.

While trunk space will be one of the biggest differences you need to think about when choosing between a hatchback and sedan. The unique shapes of the vehicles do lead to other differences to keep in mind when making your decision. 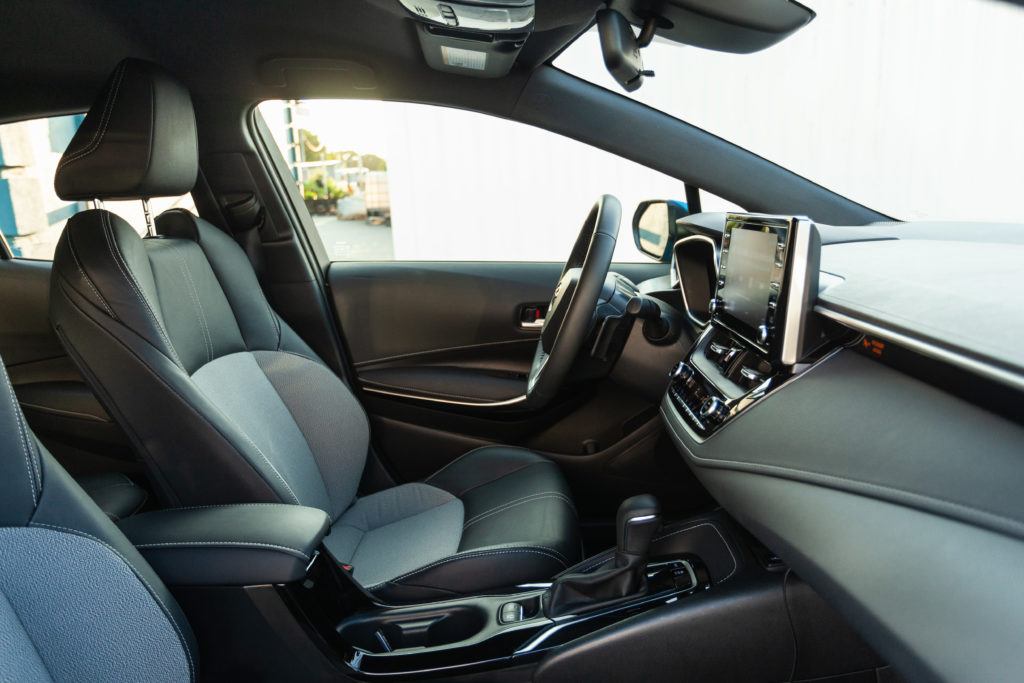 In the case of the Corolla and the Corolla Hatchback, the difference is mostly in the rear legroom. The hatchback has 759 millimetres versus 1,051.2 millimetres in the sedan. If space for your backseat passengers is important, the sedan could be the smarter choice.

Sedans don’t win on every count when it comes to space, however. The shape of the cars to accommodate the hatch can often mean the roofline sometimes sits a little higher, giving drivers and passengers more headroom. The Corolla Hatchback, for example, gives those in the front seats an extra 93.1mm headroom.

The shape of hatchbacks vs. sedans can also mean key dimension differences that can impact your drive.

Length – The shorter wheelbase of hatchbacks means they aren’t as long as sedans. In the case of the Corolla and Corolla Hatchback, the hatchback is 3.3 centimetres shorter, which doesn’t sound like much, but it can make parking or driving in tight spots just that little bit easier!

Rear visibility – The rear hatch can mean more visibility through the rear window – depending on how much you have loaded up the trunk, of course.

Weight – Hatchbacks tend to weigh a little more, and the Corolla Hatchback is no different, with a gross vehicle weight 109 kilograms more than the Corolla. However, in this case, the extra weight does not impact fuel economy. The Corolla Hatchback and the Corolla both bring impressive fuel efficiency with a combined highway/city fuel economy of 6.7 litres (Automatic) per 100 kilometres and 6.7 litres (LE ECO CVT) per 100 kilometres respectively**.

When it comes to looks, it’s simply a matter of personal preference – whether you prefer the spirited and chic look of the Corolla Hatchback or the eye-catching styling of the Corolla. Both cars are designed to delight equally, inside and out.

Moreover, safety is never compromised in either the hatchback or the sedan: the Corolla sedan comes with the Toyota Safety Sense, an advanced set of standard safety features including Automatic High Beams, Lane Departure Alert with Steering Assist, and a Pre-Collision System with Pedestrian Detection. Take your safety up a level in the Corolla Hatchback, with Toyota Safety Sense 2.0, which adds Bicycle Detection to the existing Pre-Collision System as well as Road Edge Detection to the Lane Departure Alert feature. The standard suite of features also adds Dynamic Radar Cruise Control Lane Trace Assist.

Of course, both come with the peace of mind of knowing you are getting Toyota’s renowned reliability. Over 84% of Toyotas sold in the last 20 years are still on the road today*.

Whether you choose a hatchback or a sedan, you will be making a smart decision that brings long-lasting benefits.

*Based on IHS Markit Vehicles in Operation as of June 30, 2018 for Model Years 1999 to 2019 vs Total New Registrations of those vehicles.